It’s Triple J’s Album Of The Week and the first reviews are glowing. Here’s a quick taste of what the critics are saying.

"Talk is a radical departure and yet it isn’t; it’s not at all like him and yet it is exactly him. He’s burnt down the house but he’s built one that is ready for occupation.  **** Bernard Zuel, SMH Spectrum

“This record is remarkable. It’s really terrific. I think a lot of people will be turned on by this body of work”.  Richard Kingsmill, triple j

But why not make up your own mind? You can listen to TALK here. TALK will be launched with two special shows at the Sydney Opera House Concert Hall on May 28 and 29 as part of the Vivid Festival.

Today Daniel also reveals the video for his new single “Cool On Fire”.  Directed by Josh Logue (Empire of the Sun, Hilltop Hoods) the film captures Daniel as never seen before.

Says Josh Logue of the video: “After hearing the song 'Cool on Fire' I was compelled to create a video that exposed Daniel both visually and metaphorically. Daniel delivered an enigmatic yet truthful performance adding the essential ingredient to the music video. Daniel not only understands musically, but also visually how to make timeless, great art.”

Click on the picture below to view the video: 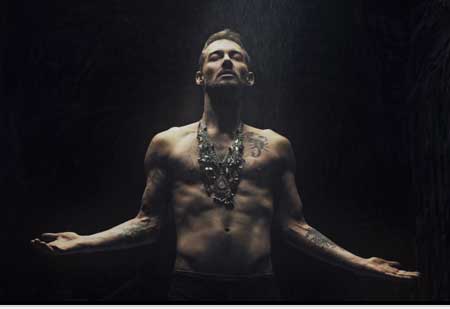